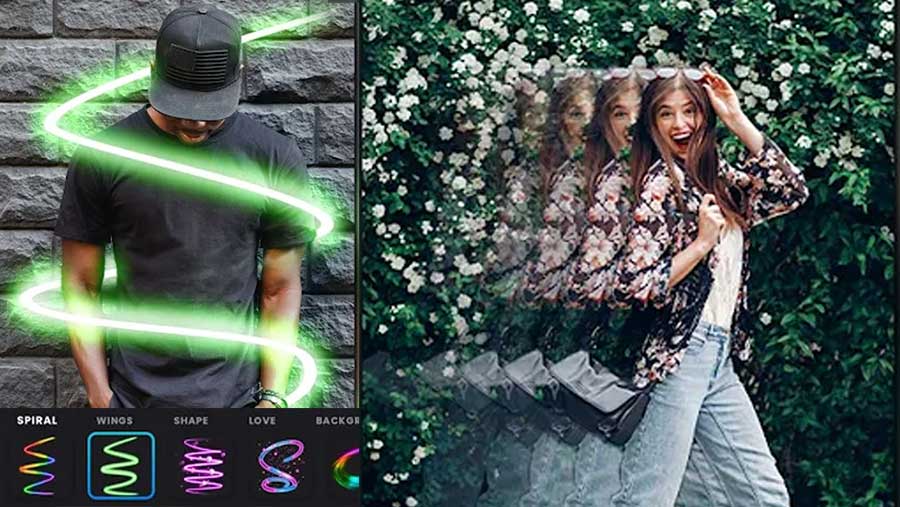 Do you want to edit photos that make it unforgettable. Then use PicsApp Photo Editor for Android. Awesome neon effects, filters, stickers, cool dip effects and more. Easily retouch all your selfies have perfect look and background.

Since the early 19th century known as the era photography came about this industry never looked back. On the contrary to state that this industry made giant leaps forward is right. From a camera been a separate device, to camera apps in the present day tells us the story how photography has been made to reach almost the entire world’s population. Gone are the years that photography was exclusively limited to a certain class of people who could afford the high cost involved. However, the opposite of it could be said today.

And to take the world of photography to another level is the mighty PicsApp Photo Editor offering a world of features to its users. Simple to use and simply amazing. And here are some of its main features:

Photo editing makes one’s imagination to run riot with so many varied and wide selections.

With unique spiral wings make the image to take a fairy look. Create some unbelievable backgrounds with neon effects. Unleash a Drip effect to make an image resemble a hand painting. Wow! Cool, Isn’t it? A hand painting taking days, weeks, and month to be done can be done within minutes with the cool drip effect filters.

One of the most popular mode in photography are the selfies. As such PicsApp has paid utmost and endless attention to this feature to ensure more satisfaction to all the selfie fans.

It’s Retro and vintage filters will bring back all of those tones and effects of the old cameras that are enjoyed by many. For those nature’s beautiful moments like sun rise and sun set which brings glorious rays of color beams can easily be inserted to the selfies with the Apps golden hour filters. One of a kind! and is amazing isn’t it?

With the Pics App collage maker, one could make the most attractive and fun filled collages from  those images in the gallery. Let your imagination take over and collage maker will do the needful to make them real in the collage images. They will come out so well created, even more than what you expected. You will not hesitate to post them on popular social platforms like Facebook, Twitter, Snapchat, Instagram, WhatsApp, whichever you want. Be assured the response you will receive by your friends and associates would be just one common question. And that would be how you ended up with such amazing and mesmerizing clicks. So go ahead and flaunt it!

Sure, PicsApp is bound to bring out that photography pro in you with its creative, user friendly on features. So don’t look around you got the best of the App. Go ahead install the PicsApp Photo editor and begin to enjoy the world of photography as you never experienced before.